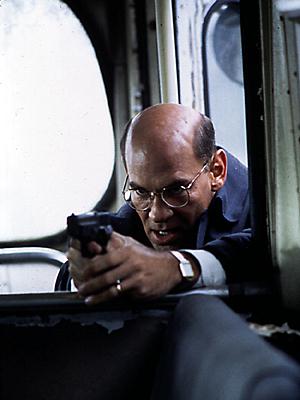 The Truth, Forever Etched in Black Granite-- 35K -- R for graphic violence and disturbing imagery
After refusing Mulder's resignation in One Breath, Skinner deals with the memories stirred up by talking about Vietnam.

Assistant Director Skinner's journal that explores his thoughts on his interactions with the X-Files Department.

The Price of A Soul -- 255K -- NC-17: Mulder, Scully, and Skinner go to visit the children and their adoptive parents only to find tragedy has struck and the children are missing.
2000 Wirerims Award Winner: Honorable Mention: Best General Story

A Child's Worth -- 114K -- NC-17: There is another child out there and Skinner is determined to bring him home.

Mara II: Bitter Sweet, Bitter Sorrow: Skinner and Mara begin their new life together, but her abusive ex-husband will not leave her alone.

Profiler or Prophet--170K--NC-17
A case file appears on Mulder's desk and he is drawn into a stalled murder investigation; one that puts someone close to him at risk.

My Name Is Paul--89K -- R
Skinner is dead -- or is he? Mulder and Scully's investigation into his death brings them up against still unseen enemies who conspire to control them all.
An IMTP Virtual Season 8 episode

Enchantress -- 7K -- NC-17: Skinner has an encounter with a mysterious woman.

Enchantress IV: Falling -- 14K -- NC-17: Skinner has yet another experience with a mysterious woman.

Things Remembered -- 11K -- R
What led to Skinner's separation from his wife? Why did she file for divorce?